Dr. rer. nat. Anselm Smolka (Chairman of the Board of Directors) 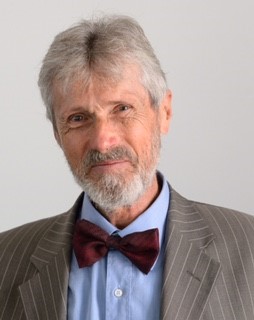 Dr. Smolka is a Senior Advisor to the GEM Foundation since April 2016. He is a co-founder of the Global Earthquake Model (GEM) project initiated by OECD-GSF in 2006-07, served from 2009-2013 as Chairman of GEM's Governing Board, and from January 2014 to April 2016 as GEM Secretary General. Before joining GEM he was responsible in various functions for the assessment and modeling of risks from natural perils at Munich Re for more than 36 years, since 2004 as a Senior Executive. In this function he undertook reconnaissance missions to earthquake sites all over the world. The findings of these missions have been published in company reports and in scientific journals.

Dr. Smolka holds Ph.D. and M.S. degrees in Geology from the Ludwig-Maximilian University in Munich, Germany. He is a member of the German Society for Earthquake Engineering and Structural Dynamics, the Association of German Geoscientists, the American Geophysical Union, the European Geophysical Union, the Seismological Society of America and the Earthquake Engineering Research Institute. He served for over ten years at the editorial board of the journal “Natural Hazards”, is an ex-member of the Board of Trustees of the California-based non-profit organization GeoHazards International and of the AGU Development Board. He also is a member of the Management Committee of the Global Volcano Model (GVM), and of the Earth Sciences Europe (ESE) initiative.
He is fluent in German (mother tongue) and English, and has advanced knowledge of Spanish and Italian.

Dr. iur. Hansjürg Appenzeller (Member of the Board of Directors) 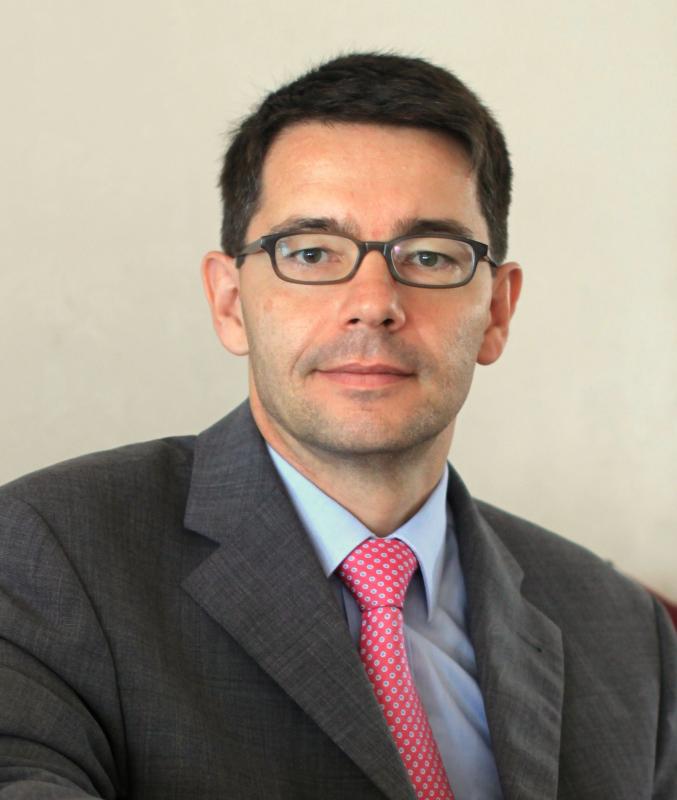 Dr. iur. Hansjürg Appenzeller is a member of the corporate | M&A and financial services practice groups and heads the Insurance working group of Homburger AG. He specializes in mergers and acquisitions, including public takeover offers and private equity transactions, as well as capital markets work. His practice further focuses on advising (re-) insurance companies in M&A and capital markets transactions and with respect to license and regulatory matters and compliance with corporate governance and insurance regulations. He is an authorized representative at the SIX Swiss Exchange Ltd.

Mr. Hansjürg Appenzeller has published a doctoral thesis on shareholders' agreements in international private law, the insurance regulatory part of the Basle Commentary on the Swiss Merger Act as well as articles on the merger of insurance companies, hybrid instruments within the insurance regulatory framework, ad hoc publicity, the legal framework for activist shareholders in Switzerland and corporate law aspects of shareholders' meetings transmitted over the internet. Mr. Appenzeller has obtained his Ph.D. from the University of Zurich and holds a Masters degree in Comparative Jurisprudence (MCJ) from New York University. Mr. Appenzeller was granted bar admissions in New York and Switzerland. He is fluent in German and English.

Dr. Eugene N. Gurenko (Member of the Board of Directors)

Dr. Eugene N. Gurenko is a Lead Insurance Specialist at the World Bank, which he joined in 1998. Since then he has managed and implemented dozens of World Bank advisory and investment projects in insurance in over 30 countries. Dr. Gurenko is a renowned international expert and practitioner of catastrophe (re)insurance with over 20 years of insurance industry experience world-wide. Among his most noteworthy professional accomplishments are the creation and operational management of the following national and multi-national catastrophe risk insurance programs:
(i) the Turkish Catastrophe Insurance Pool (DASK), currently the biggest specialized earthquake insurer in the world,
(ii) the Romanian Catastrophe Insurance Pool (one of the largest catastrophe insurers in Europe),
(iii) Europa Re Ltd.

During 2005-2006, Mr. Gurenko was with Munich Re, where he headed the company's Task Force on Terrorism Risk Management reporting directly to the company's Board. The outcome of these efforts was the launch of the company's group-wide accumulation control system for the risk of terrorism.

Dr. Gurenko holds a Ph.D. from Columbia University, an M.Sc. Degree from Moscow State University, a title of Chartered Property Casualty Underwriter (CPCU) and an associate degree in reinsurance (ARe) from the American Insurance Institute. He is the author of numerous publications on insurance and reinsurance, including several books. 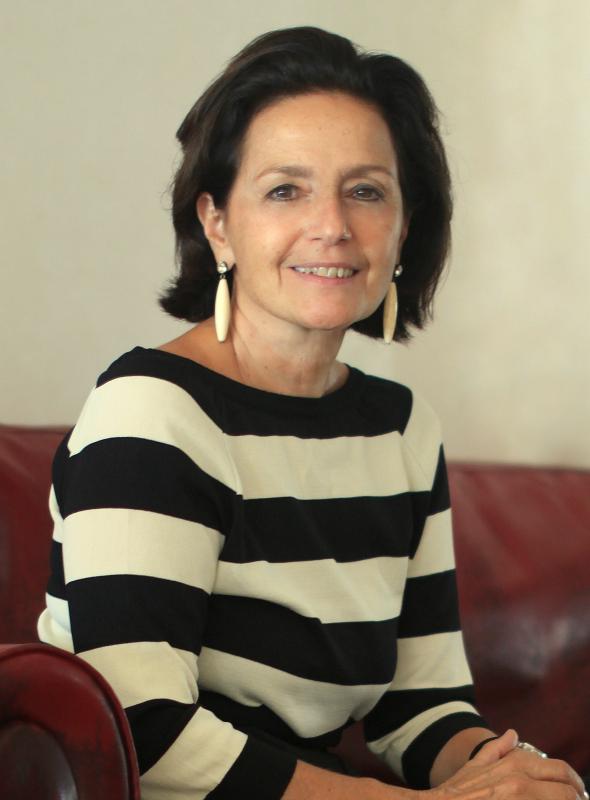 Dr. Orsalia Kalantzopoulos, an economic policy, banking and development finance expert with a successful career across International Institutions, Academia and the private sector, is the Chief Executive Officer (CEO) of Europa Re. A Swiss catastrophe reinsurance company, Europa-Re was established by the World Bank Group and the countries of Southeast Europe, to provide insurance/re-insurance for extreme weather events and natural disasters to households, municipalities and sovereign entities in Southeast Europe and Central Asia. As the CEO, Ms. Kalantzopoulos is in charge of strategy and operations, and relations with member governments, the Swiss regulators and stakeholders.

Through end-March 2015, Ms. Kalantzopoulos was the Secretary General/Chief Operating Officer of the Black Sea Trade and Development Bank (BSTDB). As the Secretary General, Ms. Kalantzopoulos was in charge of country relations and partnerships, board operations, human resources, information technology, the Bank’s change management agenda, and of daily operations. During her four year tenure at BSTDB, Ms. Kalantzopoulos modernized the Bank by introducing a performance based staff management system, and revised key policies. She introduced state of the art technology systems to improve information security, simplify administration and increase transparency and accountability in resource management.

Prior to joining BSTDB, Ms. Kalantzopoulos had a stellar career at the World Bank. She entered the World Bank in 1984 as a young professional and after successive assignments as Economist and Senior Economist in Research, Africa, and Asia, she joined the President’s Office of the World Bank Group, promoted to Advisor in 1995. Between 1997 and 2002, she served as the Regional Director for the Caribbean and initiated the Regional Disaster Mitigation Program supported by innovative multi-country lending instruments. From 2003 through March 2008, as Country Director and Regional Coordinator for Southeast Europe, Ms. Kalantzopoulos was responsible for strategy, policy and lending in the Balkans. She oversaw the restructuring of the Serbia and Kosovo debts, the restructuring of the banking sectors across the region, and the implementation of the Bank’s support to the Dayton and Ochrid agreements. In 2008, she became the Regional Director for Central Europe and the Baltic Countries and spearheaded budget support and technical cooperation programs in the new EU member states hit by the global financial crisis. In 2010, she became the Senior Advisor for Financial and Private Sector Development, supporting the Bank's response to the global financial crisis in cooperation with European Institutions. 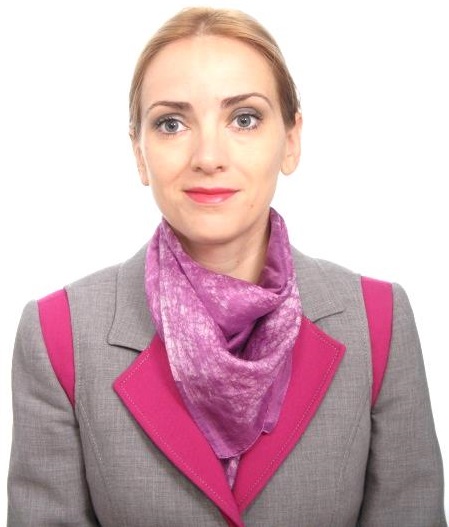 Laura Gjinali is the Chief Financial Officer of the company, which she joined in 2013. She has 19 years of combined managerial experience in corporate finance, accounting, risk management, insurance, financial investments and audit.

She started her career as a CFO of one of the first private Albanian insurance companies where she worked for 10 years.

Prior to joining Europa Re, she was the country manager for Grant Thornton in Albania. During her 3 year tenure with with the firm, she built a well-established audit, tax and accounting operation, that served a wide range of local and international corporate clients and non-profit organizations.

Ms. Gjinali also taught accounting, insurance and risk management at the European University in Albania for several years, where she was employed as a visiting professor.

She is fluent in English, French, and has very good command of Italian. 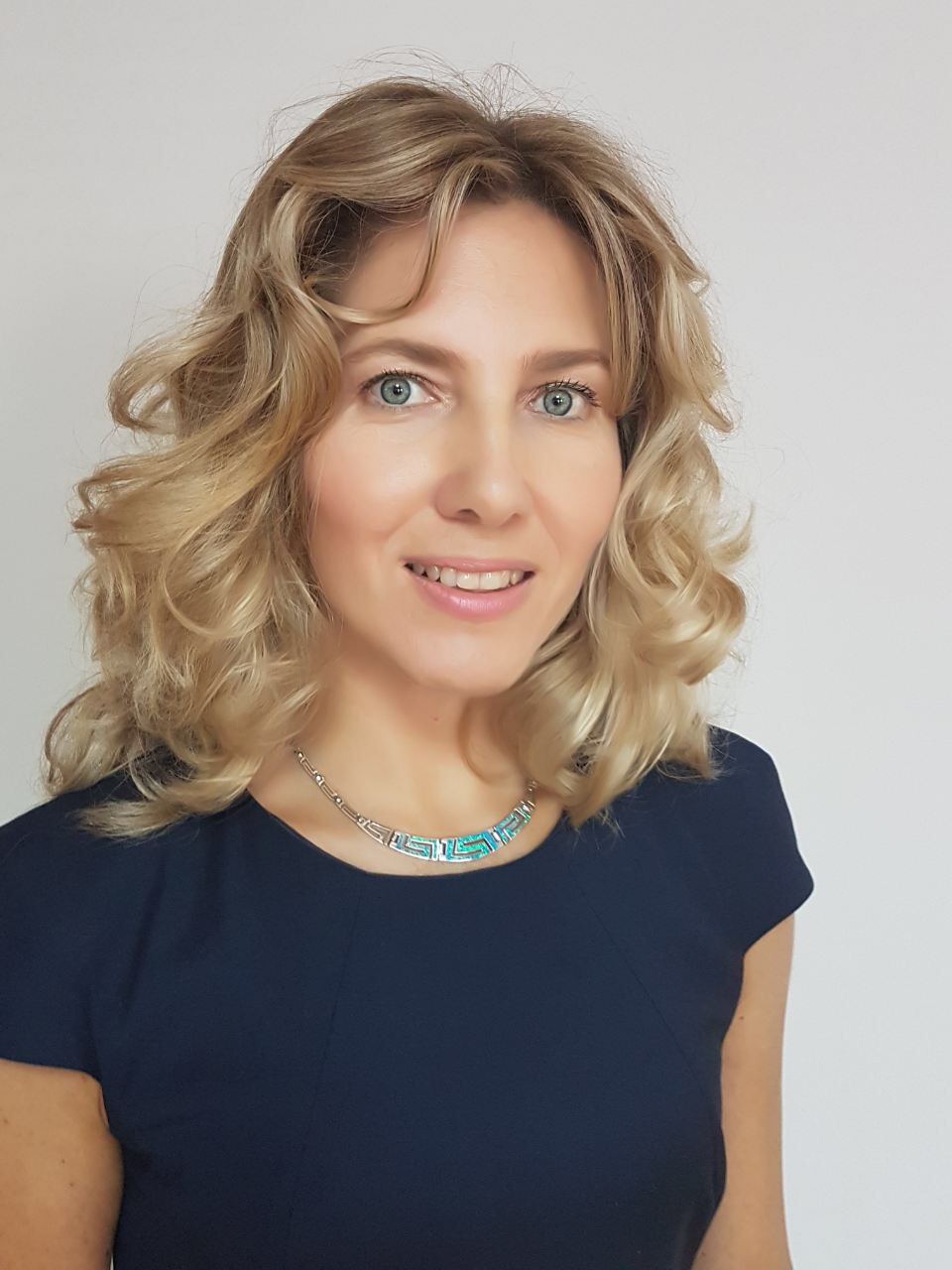 Mrs. Marijana Lemic-Saramandic is the Chief Underwriting Officer responsible for inward and outward reinsurance. She has 23 years of professional experience in the insurance and reinsurance industry.

Ms. Lemic-Saramandic joined Europa Re in 2012 and held the positions of Country Manager for Serbia and Macedonia and Head of Product Development for 5 years before her appointment as Chief Underwriting Officer.

Ms. Lemic–Saramandic started her career in 1994 at DDOR Novi Sad, the second largest Serbian insurance and reinsurance company, where for more than 16 years she held various senior management positions, including the Director of Reinsurance Department and President of the Management Board of DDOR RE.

Ms. Lemic-Saramandic graduated from the University of Novi Sad and holds a M.Sc. degree in Industrial Engineering and Management and a B.A. degree in Economics.

She is fluent in English and Italian and has a working knowledge of German.

Ms. Durbacel has worked for 4 years as Advisor to the President of the Romanian Insurance Supervisory Commission - ISC, before joining Europa Re in July 2012. During her employment with ISC she also worked within the Secretary General office, the Authorization and the Consumer Protection departments and she was Member of the College of Supervisors for Aviva Group.

As part of the City of London Programme for EU financial practitioners, government officials and regulators she had in 2008 a short-term work placement with AIG Central Europe and C.I.S. in London, UK.

As of 2008, she represented the ISC in the European Insurance and Occupational Pensions Authority (EIOPA)’s Consumer Protection and Financial Innovation Committee, being actively involved in the revision of Insurance Mediation Directive 2002/92/EC and the preparatory activities for the elaboration of the future European legislation on Packaged retail investment products (PRIPs).

Ms. Durbacel holds a B.A. in Law, a M.Sc. in Finance and Insurance and a M.Sc. in International and European Law.